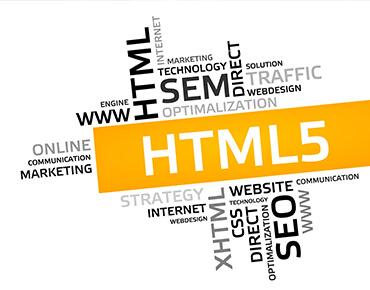 HTML (Hyper Text Markup Language) is a language used to create web pages on the internet.

HTML files are stored with .html or .htm extensions. HTML is standardized by the W3C. Html consists of various titles given the name "label". Hypertext Markup Language (HTML), an abbreviation of HTML, appeared in CERN laboratories in 1991 by Tim Berners Lee. This date can be called the birth date of the web. HTML5 is the latest version of HTML, one of the most important technologies in the internet. The HTML language has provided a better Internet experience for users since the first year of the internet. HTML5 is now being used to bring this language experience to the top, with endless presets for users and software. HTML5 is also of great importance for mobile (tablet, cell phone, etc.) devices as it offers much more functionality with its new features. In terms of coding structure, the software offers different advantages.

HTML 4 has become the standard used on internet sites for about 10 years. The new generation of the HTML 5 standard, which brings innovation to HTML 4, has been developed since 2004 and set new internet standards. There are powerful error control options in HTML5. Nevertheless, previous versions have either stopped interpreting the page when it encounters code errors, or printed the page directly, even though the users were not interested in the errors. HTML5 has detailed algorithms for parsing errors. On this count, the developer resolves the errors very quickly.

New semantic elements and parameters came along with HTML5. However, it is important to be able to provide support for other applications as well. For example, we can produce web applications that work with the API for devices running on the IOS operating system. You can add audio and video in supported formats, we do not need any player for them. With HTML5 alone, a simple page with images and images can be created. HTML is actually the skeleton of a web site. It is the web programming languages ​​such as CSS, ASP, PHP which is the main function that keeps the main functions together. In other words, a functional site like our site should be used in languages ​​with different functions in addition to HTML.